Bihar: Past, Present and Future 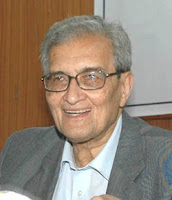 Bihar’s history and its achievements include its role in uniting India. The first all-India empire, the Mauryas, based in Patliputra, and established some uniformity of law and order across much of the country.
Some of the early achievements of Bihar, in its leading role in India, are the following:
Development of Education: The remarkable record of Nalanda, which is perhaps the oldest university in the world, and which flourished as a global institution of higher learning from 5th to 12th century. (1.2) The pioneer Mathematician Aryabhata’s migration to Kusumpur or Patna to be closer to the community of mathematicians.(1.3) Focus of education in general – not just higher education- in Buddha’s pronouncements and in Buddhist practice : the culture of “vihara”.
Advancement of public health care: The trail-blazing tradition of free medical service for all in Patliputra, which so impressed Faxian (Fa-Hsien) in early fifth century.
Government by discussion: Buddhist global councils, the first in Rajagriha just after Buddha’ death, the second in Vaishali a century later, and the third-the largest- in Patliputra, hosted by Ashoka, in the third century BC. Decisions on religious and social matters taken after extensive public discussions, with exchange of information and options.
Rule of law and governance in the interest of the people: Developed as a theory in the Arthasastra, by Kautilya, and in a less punitive form by Ashoka, as elaborated in his stone inscriptions. These theories were in varying extent ,put into practice by the Mauryas and other regimes based in Patliputra.
The building of physical infrastructure: Sher Shah, whose large empire in early sixteenth century was centred in Bihar, was visionary on constructing infrastructure of roads, bridges, etc. across India.
Resistance ti inequality and exclusion: Buddhism itself can be seen as the first pervasive protest against caste-based hierarchy. The exclusion of women from major roles in the society and in the family have also been resisted in Buddhism (even though Buddha was opposed to the ordaining of women as priests, his teachings gave active and major roles of women).Many of the later rebellions against traditional hierarchy in India have also been originated in Bihar.
These issues demand examination not only in terms of historical experience, but also for their relevance to current problems that have persistently plagued contemporary Bihar for quite some time now (including high illiteracy, frequent medical neglect, sharp economic and social inequality, low development of infrastructure, high incidence of social disorder).

What we learn from early achievements of Bihar helps us to address and conquer the persistent disadvantages that are restraining Bihar back in the contemporary world। We cann’t bury ourselves in the past, but the past of this exceptional region of India offers both inspiration and guidance.