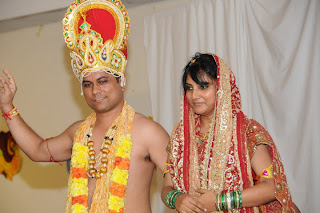 BIJHAR, the cultural society of people from Bihar and Jharkhand celebrated the festival of light “Deep Utsav 2012” on Sunday evening at Goldkist Beach Resort on the East Coast Parkway, Singapore. The event witnessed a turnout of more than 300 members and guests. Deputy High commissioner of Indiain Singapore, Mr. Tsewang Namgyal was the Guest of Honour. The event kicked off after Mr. Namgyal lit the traditional Lamp. In his speech he expressed his happiness to note the impressive progress made by BIJHAR year after year. He also underscored BIJHAR's commendable efforts in reaching out to the needy and underprivileged both in Singapore and India. 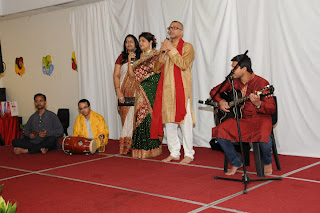 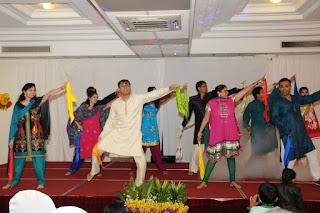 BIJHAR President Prakash K Hetamsaria in his speech mentioned about BIJHAR's committments towards social engagements highlighting activities such as blood donation campaigns, visits to the homes for the handicapped, knowledge sharing sessions, sports events, pranayam classes etc. apart from celebration of various festivals such as Makar Sankranti, Holi, Saawan Utsav and Dandiya with members and friends. He also highlighted some impressive activities about working closely with National Integration Council and other societies in Singapore for racial harmony and integration for new citizens and immigrants. The highlights of the evening included Ganesh Vandana, a play from the epic Ramayan scripted and directed by BIJHAR's life trustee and co-founder Rajesh Anand, dances on Bollywood numbers by BIJHAR members and a group of Japanese women and some soul-stirring Bhojpuri songs by BIJHAR members. However, the show stealer this year was a unique fashion parade conceptualised by BIJHAR member Tulika Singh that won everyone's heart for its novelty, theme, costumes and execution. The role of Narad Muni enacted by Nishant Kumar also deserves special mention for the justice that he brought out in his histrionics.
As usual, the Jam session continued almost until midnight over an eclectic mix of Hindi, Bhojpuri and Punjabi hits. 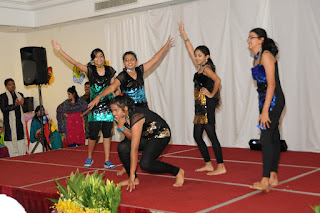 The food this year was catered by Tandoor Kitchen and comprised of tasty delicacies including Jalebis and Rabri. 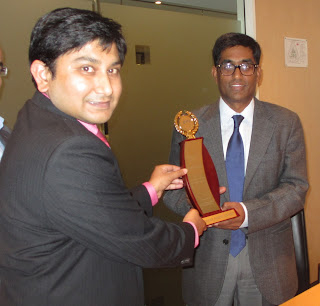 Bihar Pride Award has been instituted by Bihar Foundation Australia Chapter and is conferred to those individual who does outstanding work in development of Bihar. 'We strongly believe that Shri Amrit truly deserves this recognition as he has shown that with sheer determination, sincerity, commitment and hard work one can make so much difference in the society. With his outstanding work and leadership, he has not only inspired the people of Bihar but many more across the globe also' – said Amit Das, Secretary, Bihar Foundation Australia Chapter. He added - It is our social responsibility to encourage, promote and recognize those individuals who make us feel proud of being Bihari.

'We are thankful to Shri Pratyaya Amrit, IAS who came to Sydney to receive this honor and personally inspired the Bihar community by spending some valuable time with us. It was indeed a great moment for all of us'- said Mr. Shekhar Kishore. All the prominent NRI/NRB and executive committee members of Bihar Foundation Australia Chapter were present on the occasion. While interacting with NRB in Australia Shri Pratyaya Amrit talked about ongoing development work and changed scenario in Bihar. He said that hard work is continued under dynamic political leadership to bring prosperity and development to Bihar. He also highlighted many positive initiatives recently taken by the governmen 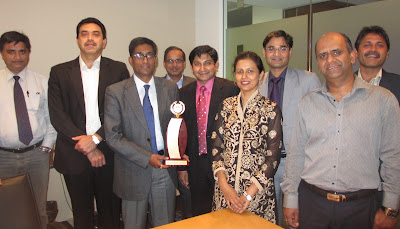 t. Response of NRB/NRI was overwhelming about positive changes in Bihar. Everyone said in one voice that they feel proud to be Bihari and also want to contribute in the development of Bihar in whatever way they could. While some were interested in doing work in education sector others were interested in disabled community service, health care. At the same time NRB also shared the works of BFAC.  Shri Amrit was overwhelmed to know about the ongoing establishment of an international level Engineering College in Forbesganj by Shri Amit Das and also praised the efforts of other NRB in Australia. He promised to give full support to the NRB if they want to contribute in the development of Bihar.
The program was well managed and coordinated under the young and dynamic leadership of NRI Shri Amit Kumar Das, Secretary, Bihar Foundation Australia Chapter. 'We thank the Govt. for establishing 'Bihar State Industrial Investment Advisory Council'. I hope the council would develop a mechanism for tracking the investment. I would also thank Bihar Foundation Team at Patna for continuous support and encouragement which further motivate us and give us strength to move forward in building a brand Bihar over here' said Amit Das.
Posted by Satyajit N. Singh at Friday, October 05, 2012 No comments: 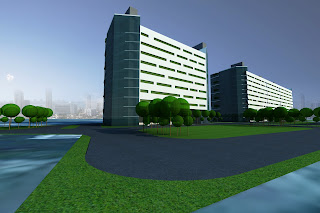