Recently Ministry of Labour, Govt. of Saudi Arab has introduced a new law named 'Nitaqat System' for promoting employment of local people in private firms. This system would replace old 'Saudization' program. As per an estimate about 2.5 million Indian are employed in the Kingdom of Saudi Arab (KSA). Saudi govenment has given three months time for correction of Visa status and other documents. It is expected that only those expatriates shall be affected by this program whose documents are not proper. Indian Embassy of Saudi Arab has provided an e-mail address  labour.riyadh@mea.gov.in for providing assistance to Indian nationals who are affected by the Nitqat program. All the Non Resident Biharis (NRB) working in KSA can contact officials of Indian Embassy or visit its website http://www.indianembassy.org.sa/ for updated information and assistance if they are affected by this Nitqat Program.


NITQAT PROGRAM IN A NUTSHELL 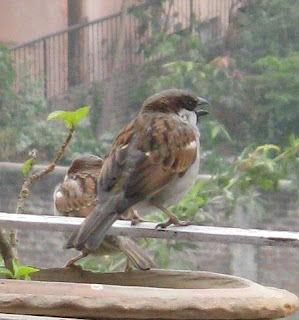 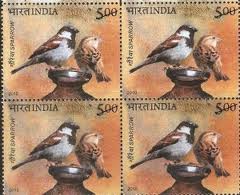 Celebrated on 22nd March to commemorate the State’s separation from Bengal on the day in 1912, Bihar Divas is the one day of the year when over 103 million Biharis, regardless of their individual beliefs, can come together in shared experience; an experience that binds Biharis around the globe to this remarkable land and its people.
In our busy daily life schedules we are mainly focused in earning bread and butter for ourselves and our family. We hardly think of anything else but occasions like Bihar Divas springs us a chance to think about our root identity. The glorious history of Bihar gives us a sense of pride and the recent developments in the state enthuses us with the feeling of Being Bihari. Why shouldn’t we feel ourselves lucky to be citizens of that place in the world that is the cradle of Hinduism, the incubator of Sufism, the birthplace of Buddhism, Jainism and the tenth guru of Sikhs? Time and again the state has proved the saying right that ‘what Bihar does today the world adopts tomorrow’. Now a day when the whole country is talking about corruption, Bihar became the first state to provide online information about the property of government servants and to adopt Right to Service Act; according to that every work should be finished in a fixed time schedule. Balika Cycle Yojna and reservation of fifty percent seats to women in panchayat increased participation of women in the process of development. Many more things are there of which we can be proud of.
When the present government got the mandate to reform the state which had been continuously lagging behind, it also thought about its migrated citizens. To remain in touch with them and to address their problems in a suitable way, the government decided to form Bihar Foundation on 24th Nov. 2006. Later on, it was registered as a society under Dept. of Industry, Govt. of Bihar on 27th July 2007. There had been so many organisations working in the name of Bihar and established by the migrated people of Bihar throughout the globe but Bihar Foundation provided them an opportunity to come under one umbrella and work conjointly for the welfare of Bihari diaspora and for development of the state of Bihar.
With the objectives of Bonding, Branding and Business, Bihar Foundation endeavours to unite Biharis worldwide. The chapters of the Bihar Foundation are basically the extended arms of the foundation which embraces the migrated Biharis. The chapters functioning around the globe organises some events from time to time which provides a platform for Biharis to know each other at a place away from their home and to trace the oneness which they carry with themselves. Whether it is the cultural commonality, linguistic loyalty or geographical gusto, all comes with the essence of Biharism. Celebration of Bihar Divas is the best possible way to render the voice of Being Bihari. It not only unites the Biharis globally but at the same time fosters the feelings to do something for the motherland.
It has been observed that the day is celebrated all over the world by the NRBs with the same pomp and gaiety as it takes place in Bihar. The folk dances, music, quiz, various competitions, arts and craft exhibition, Bhojpuri film festival, seminar are the main activities which take place this day. Bihari cuisines are also served to remind the delicacies which we eat from generations and hardly find at our workplace. This day the foundation also recognizes the work done by the passionate sons of Bihar. For last three years, it has been celebrated in five cities of India namely at Mumbai, Chennai, Bangluru, Kolkata and Delhi and at eight places abroad namely at California, New Jersey, USA, Canada, Australia, UAE, Qatar, Bahrain and Saudi Arab.
There are many Bihar based organisations who are not associated with the foundation have also desired to celebrate Bihar Divas at their respective places. The people of Bihar, who migrated in the second wave of migration and formed countries like Fiji, Surinam, Mauritius, and Trinidad and Tobago, now also want to trace their roots in Bihar. It's because of the fact that Bihar Divas celebration has acted as a platform to inform the diaspora and other people about recent developments in the state and its glorious history and heritage. It also provides an opportunity to connect the diaspora with their motherland and their ethnic brethren. Few years before most of the diaspora people used to hide their identity. Now, it has been observed that most of them express themselves as being Bihari and Bihar Divas celebration has definitely played vital role in rendering their voice. The occasion gives a feeling of pride, self respect and has given root identity to the diaspora which was lost earlier. Technology has also played significant role in spreading the message of Bihar Divas. USA Chapter of the foundation arranged for the Live Webcast of Bihar Divas celebration of the Gandhi Maidan, Patna in 2010. This increased the audience base. Social media platforms like facebook and twitter also added glory to this celebration.
Although the history of Bihar can be traced back to the history of civilization, nevertheless Modern Bihar has completed hundred years of its formation last year. It’s again a time of leadership and hope, as a developing Bihar seeks to become a player of significance. On 6th March 2013, even the Prime Minister of India praised Bihar for its growth and development in his tweet. The time has come for a strong and sustained engagement between Bihar and its children and Bihar Divas has definitely played significant role in uniting Biharis worldwide.
Posted by Satyajit N. Singh at Tuesday, April 16, 2013 1 comment: