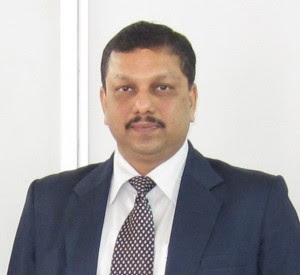 A Bihar cadre IAS officer, Vivek Kumar Singh, has come out with a much awaited comprehensive book on how to solve cryptic crosswords. The book titled ‘Understanding Cryptic Crosswords- a step by step guide’ has just been released at the World Book Fair in Delhi by Macmillan, its publisher. As per the author, the book is meant for that intelligent Indian, who is, generally, sharp enough to crack the most complex puzzles of the world, but who is compelled to throw up his hands in frustration when seeking a re-affirmation of his brilliance and command over language through the thrill of vanquishing a crossword. It aspires to demystify the enigma of cryptic crosswords in a lucid, step-by-step manner, so that at the end of an year, even that reader, who has not yet embarked upon an enchanting odyssey into the crossword trail, can at the very least, contemplate doing so. The book doesn't aspire to make a master out of a layman. It just hopes to make a beginner out of a non-starter. Priced at Rs 155 only, it has been touted as a book ‘which will take cryptic crosswords, from the remote columns of a few newspapers in the country, to the living rooms of every literate Indian household!’
Perhaps the first of its kind in the world, in terms of its concept and content, it is designed to be used as a primer, a workbook, a refresher capsule and a reference book, all rolled into one, depending on the needs and skills of the user. It is divided to be studied and worked upon in 52 sessions, so that a person who uses it for self-learning, can use it once a week for a full year so that, at the end of it, he can slowly but steadily, grasp the nuances of cryptic crosswords, without any external help. The main objective of the book is, however, to provide mandatory extra-curricular input for school students of Class VIII and above, who can be ‘taught crosswords’ by the English teachers, using the sessions as once-in-a-week classroom sessions. For amateur crossword enthusiasts, the exercises in the book can be used as a refresher course. The professional cryptic crossword buffs can use the book as a ready-reckoner.

Vivek Kumar Singh, started off as an amateur crossword-maker at the Lal Bahadur Shastri Academy of Administration, Mussoorie, where as a probationer in 1989-90, he made crosswords for the Hobbies Club and the Nature Lover’s Club. Thereafter, he first created crosswords professionally for the Career and Competition Times. Since then, he has regularly contributed cryptic crosswords for national magazines like Swagat (the Air-India in-flight magazine), Alive, Woman’s Era, Exotica, Heal and Discover India. He has got copyright for Crymple Crosswords, which are regularly featured in the Sunday Pioneer newspaper.
Vivek’s passion for engaging with brain teasers found expression early in the form of a successful quizzer. Through his school and college, he has won over a hundred prizes in Quizzes, Watchword and Dumb Charades. He also participated in Quiz Time, the popular quiz programme on TV. A man of varied interests he has to his credit wins at, chess tournaments in Delhi and Bokaro , and badminton tournaments at Patna.
Vivek Kumar Singh is an Indian Administrative Service (IAS) Officer of 1989 batch. He has been serving as Secretary, Art, Culture and Youth to Government of Bihar since October 2007. He is also the CEO of Bihar Foundation. Earlier he has served as Labour Commissioner and Secretary, Information and Public Relations to Government of Bihar. He was District Magistrate at Pakur(Jharkhand) and Rohtas (Bihar). Before joining the IAS, he was an IFS probationer, subsequent to a brief stint as Mgt Trainee(Admn), SAIL.
He studied at St Michael’s High School, Patna and later graduated in Physics from Delhi University.